Special Thanks to Ann Crane 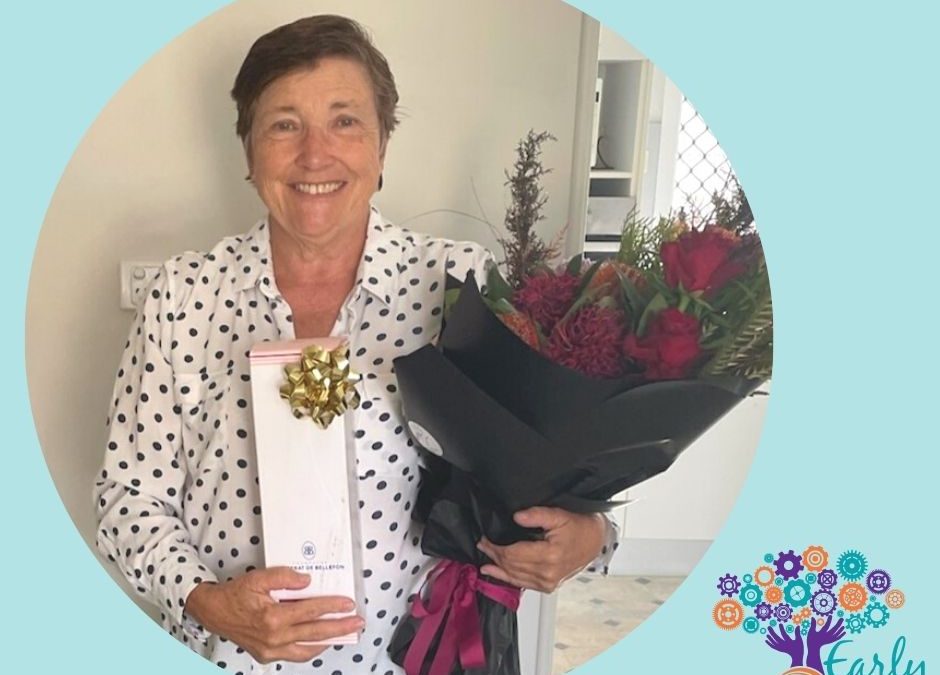 Ann was instrumental in the early days of starting Early Childhood Intervention in Coffs Harbour and has been on the management committee since day one.  Ann has dedicated over thirty years to the organisation and to the children and families of the Coffs Coast. During this time Ann has worked passionately and shown selfless dedication to the organisation and the team.

“Ann will be greatly missed by the Early Connections team and we are all very sad to see her go. Ann was instrumental in the formation of Coffs Harbour Early Childhood Intervention Service which is now Early Connections Alliance. Families have benefited from her Occupational Therapy and her experience working with families has been invaluable during her time on the Management Committee.

As not for profit organisation our management committee members are all volunteers who give up their time to support the organisation strategically. We are grateful for Ann’s long service and dedication,” said Caryn Maher Manager Early Connections – Coffs Coast.

Congratulations on 30 years of service and all the best for the future Ann.